First off, do we even call it Interspace?
I named the thread Interspace so it’s clearer what it’s about, but Interspace is @geleeroyale’s project and is being pushed forward as a conferencing tool. We don’t want to create confusion by calling our thing “Interspace v2” when the actual Interspace is still being worked on unrelated to this.

It will be part of the MetaGame mobile app. Built mobile-first with React, GraphQL and whatever else @METADREAMER & @Polycarp talked about that I don’t understand.

But the actual “interspace” (gamey) bit is just one part of the MetaGame app, which will have player profiles, leaderboards etc.

What do we want from MetaGame v0.2

This thread on Spatial Software explains it nicely.
Online Town demonstrates it nicely. 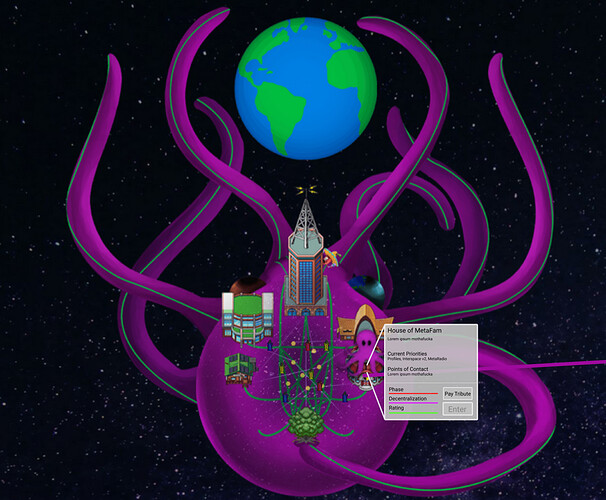 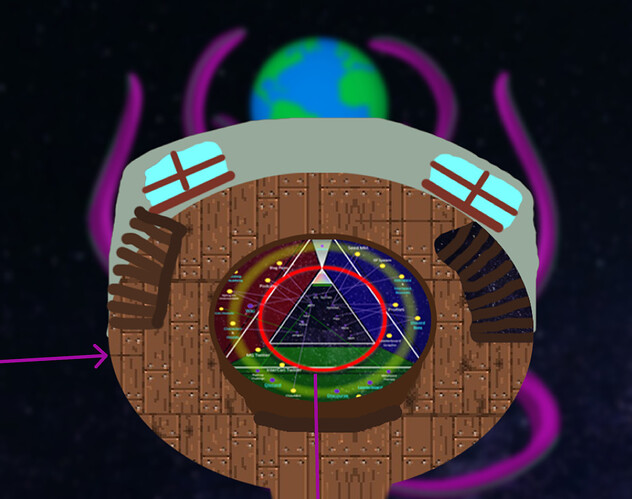 What other houses do we want on Interspace?
What other guilds should we onboard?
How should we call this home of ours?

Thank you for this thread @PETH!

I would suggest to aim for droppibg the interspace name and realizing a minimal version of the “real metagame” instead.

Interspace.chat can be used for many different things, currently conferences are a la mode because IRL conferences can not be held.

Liminal Village and Metagame are currently the only spaces serving a community, but I restructured it so new ones can be mafe qyite quickly, are fulky responsive, leverage the power of SVG instead of straight grids, etc …

However, I see the need for metagame to outgrow its interspace and I am happily contributing to building Metagame further if development is managed in a structured way(!)

Here’s the tools we can use to make the future interspace:

Any questions? Any devs wanna take this up? Who wants to design the proper maps and shit?

I’ve got some time free now, and I’d love to take on the project of building out Interspace v2. Much of my background has been in making browser-based social games for companies like Zynga/Crowdstar back in the day, and I think there’s a fun opportunity to make a new generation of living online community hubs for DAOs everywhere, in the spirit of Interspace and like Sococo (https://www.sococo.com/).

I’m going to take a little time to come up with a proposal for the tech stack, but the thing I really lack is an animation illustrator. Does anyone have or know of anyone with strong experience with creating animated 2D game sprites?

also I’ll be researching and digging into the differences among pixijs, hex, excaliburjs, and others to find the best imho as I’ve been out of the loop for html5 engines last couple years, but I know what to look for (I’ve worked on commercial 2D game engines before). Ideally I’d like something that’s nice to use, but also very light weight so that people feel it’s okay to leave their tab open without draining battery life. heh

Is .svg suitable for this area of thinking?

I think your right… Dmitry Baranovskiy owns the rights to Raphael and is the original author of snap.svg (and currently works at Adobe) according to the website.

What about VR stuff? 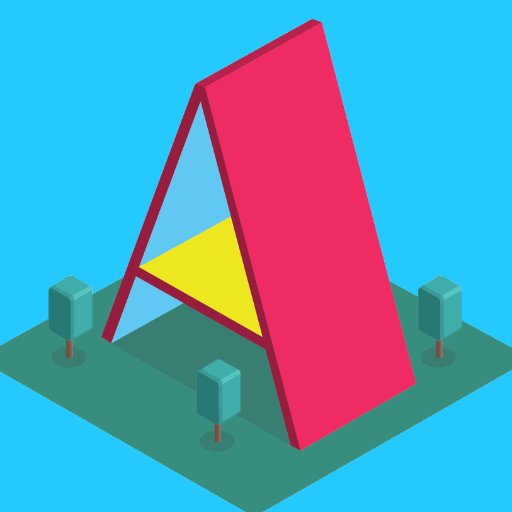 In case this is useful for expanded perspective on HTML gaming.

Here’s the alpha templates for tilemap … I’ve only a limited subset of animal based monsters + a few zombies (for beta version).
Note that the XML format uses absolute path names for tiles so it sucks for distributing sprites … someone needs to modify the editor to use IPFS

I can spec some graphics tilesets (both genders) but who wants to chip in some SEEDs?

Small update here: I’m leaning on either pixi.js or Phaserjs (https://phaser.io/). I was leaning on Phaser, but now I’m thinking more towards Pixi as it just got full Typescript supported added into master (https://github.com/pixijs/pixi.js/issues/6377). Phaser does have TS bindings, but they are not part of the repo and require people to try to match the changing api (which can cause api discrepencies). Pixi’s community has also been really developing, while I’m noticing that Phaser 3/4/CE has been splintering the community/docs.

I’m going to play around with Pixi Tiled support, and see how it compares with Phaser as it’s an important piece to this.

Outside of the engine, I have a good idea for the minimum viable set of features for launch. I’m imagining building a pokemon-style visual world where you have a character, you click to move, and you move to a house to open a Jitsi room. This basically would make this a drop-in replacement to Interspace.

Building this and expanding the game will take a -lot- of time and trial-and-error to get it to feel just right. In social gaming, you’d be surprised on how long it would take to just get the simpliest the interactions to feel pleasant.

To make this project sustainable, I’d like to post a project proposal as like a gitcoin grant, which will also serve to measure the community excitement on the project. I’m hoping to have the proposal done by end of the week, and if there’s a good amount of community interest, I’ll build out an early alpha in roughly about two weeks. Also please ‘heart’ this as it would be great to get signal too on the level of interest. 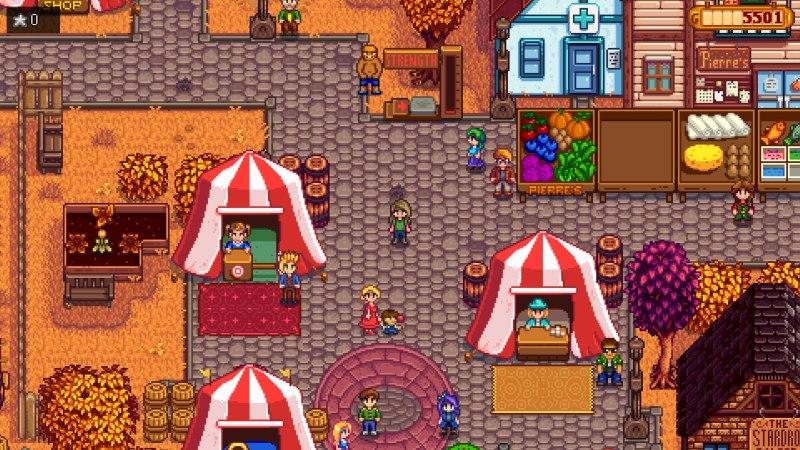 To get started, I’m looking at purchasing the Kenney tiled pack(s) as it’ll help to get bootstrapped with both tiles, UI, and items.

The legendary asset bundle is back once again!

Awesome stuff. Yea I think our use case is simple enough that Pixi would be a good bet, we don’t actually need a ton of the phaser features, and keeping it light weight and efficient as “just a renderer” will make it more future proof and let us use stuff like https://github.com/expo/expo-pixi/

In terms of tilemap, did you check this out: https://github.com/pixijs/pixi-tilemap

Thanks for driving this forward!

This looks awesome, but can we add more octopi?

Also, if it’s a Pokemon style world can we have battles?

I will second the pixi.js idea. If you want an example of what it can do, check out the Ethernal game! It is amazing. I reached out to the team there and they may have a hands-on opinion on pixi.js that they would be happy to share with us.

That would be awesome! If they could share advice / resources / tips etc would give us a good heads up. Would love to help them from MetaGame as well in any way we can

Here is a link that demonstrates the gameplay. I recommend checking it out. They just finished an alpha round and are getting ready for the next round.
Ethernal World

Outside of the engine, I have a good idea for the minimum viable set of features for launch. I’m imagining building a pokemon-style visual world where you have a character, you click to move, and you move to a house to open a Jitsi room.

the input interface can just generate a bunch of text commands (much like discobots) … so tilting a mobile phone might send !north command to the map server and if a monster there, it can

back … the visuals are overlaid on top so that !north might send back coordinates to a new link

however, amusement aside, how does this related to Web3? what makes it different from all the other mobile gaming apps out there?

It’s essentially a nice interface for interacting with Web3 and the Web3 community.
Social aspect is probably the most important, the ability to hang out with people somewhere nicer vs inside a chat channel.
There will be eg. a library, which you can go inside & access resources for learning & building in web3.
The guild house, for seeing what guilds are there that can help you with your project
House of DAOs, for seeing DAO frameworks and launching a DAO
etc. etc.

Check this article if you want to read more about why having this kind of interface matters:

Holy shit - this is all awesome. I can’t believe I forgot about checking up on this thread.

I think we need this

Connect Discourse threads to Matterbridge. Contribute to DeclanHoare/matterbabble development by creating an account on GitHub.

Nice! The forums could definitely benefit from tighter integration to discord
Up for hooking us up?

I am down to do that! Did not experiment with bridging discourse yet but how hard can it be =)

Seems to be possible to bridge threads to channels, so you need to choose wisely!

Might work better in the direction discourse -> discord than the other way around. That might be one thing to think about - maybe we should only send messages to discord and nothing back