Aggregated Coordination and Collaboration over fund management and biased decision-making.

TL;DR; Colony is a DAO framework paradigm that guarantees social scalability in Operative and Strategic Governance organizations like no other DAO framework. It is our Duty as MetaGamers to stand for it and understand How The Fuck we are going to embrace it.

Let’s say we all actually know what the MetaGame is and what it’s supposed to do, that whole clear picture of what we can be, but we don’t really have idea right now.

What we know is that it’s gonna be huge. Thousands of thousands of freelancers, each of them with their stake, character and reputation represented by binding and bonding contracts they have among each other and against (actually in favor duh!) The MetaGame.

In the early 1800s, the word freelance was used to refer to a medieval mercenary who would fight for whichever nation or person paid them the most.

Let’s say MetaGame aims to be a whole Nation of Freelancers, as big as the world, as wide as the cyberspace, as wealth as the GAFAM together, and as socially governed as Fortnite… 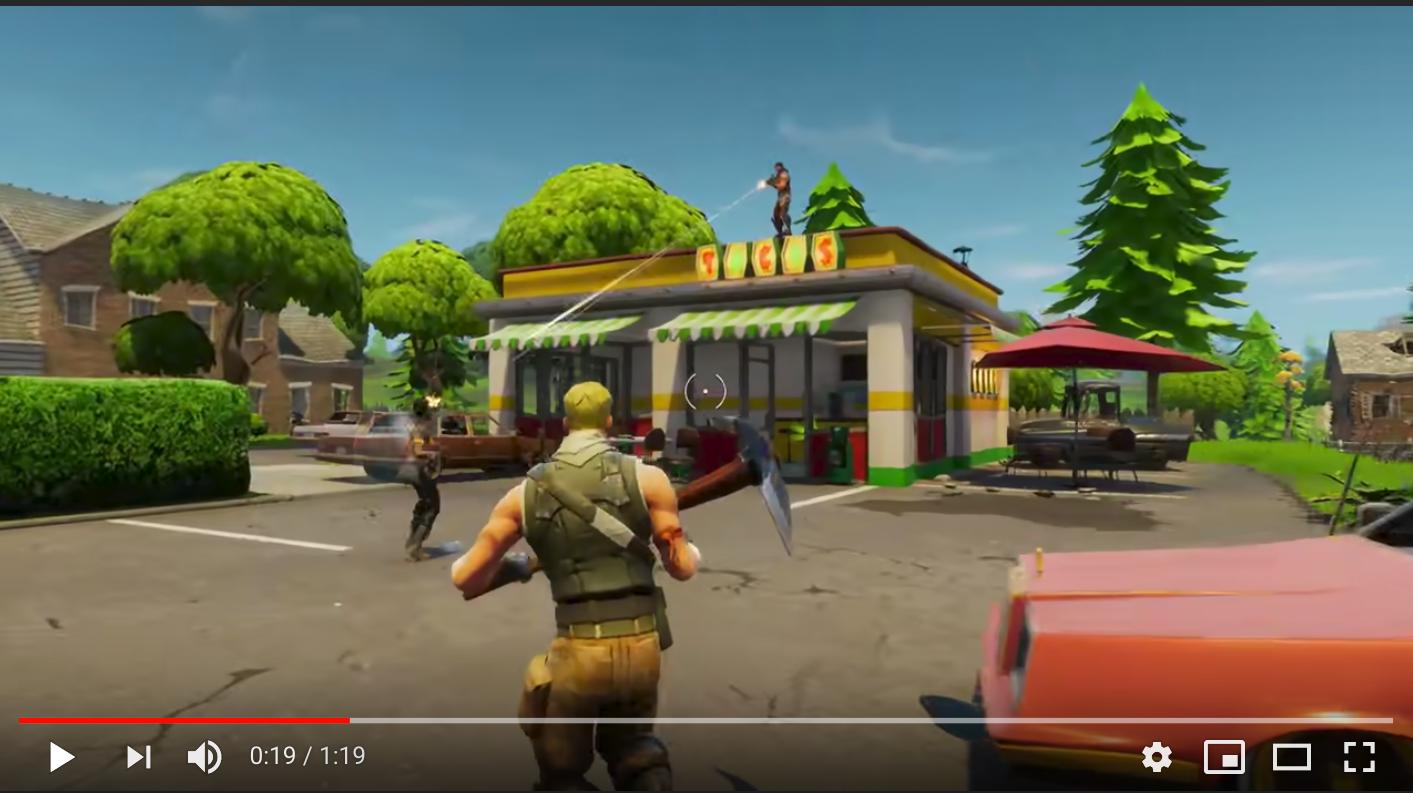 Well, if you are thinking now about a DAO, let me tell you something. Although we do have amazing tools to take collective decisions over the management of funds and token policies, we haven’t experienced so far any tool that guarantees decentralization and autonomy in terms of strategic and operative actions and/or decisions.

If you thought DAO were just about decentralization of fund management and policies for minting and burning tokens in a novel fashion, well, Colony Rick would tell you something… 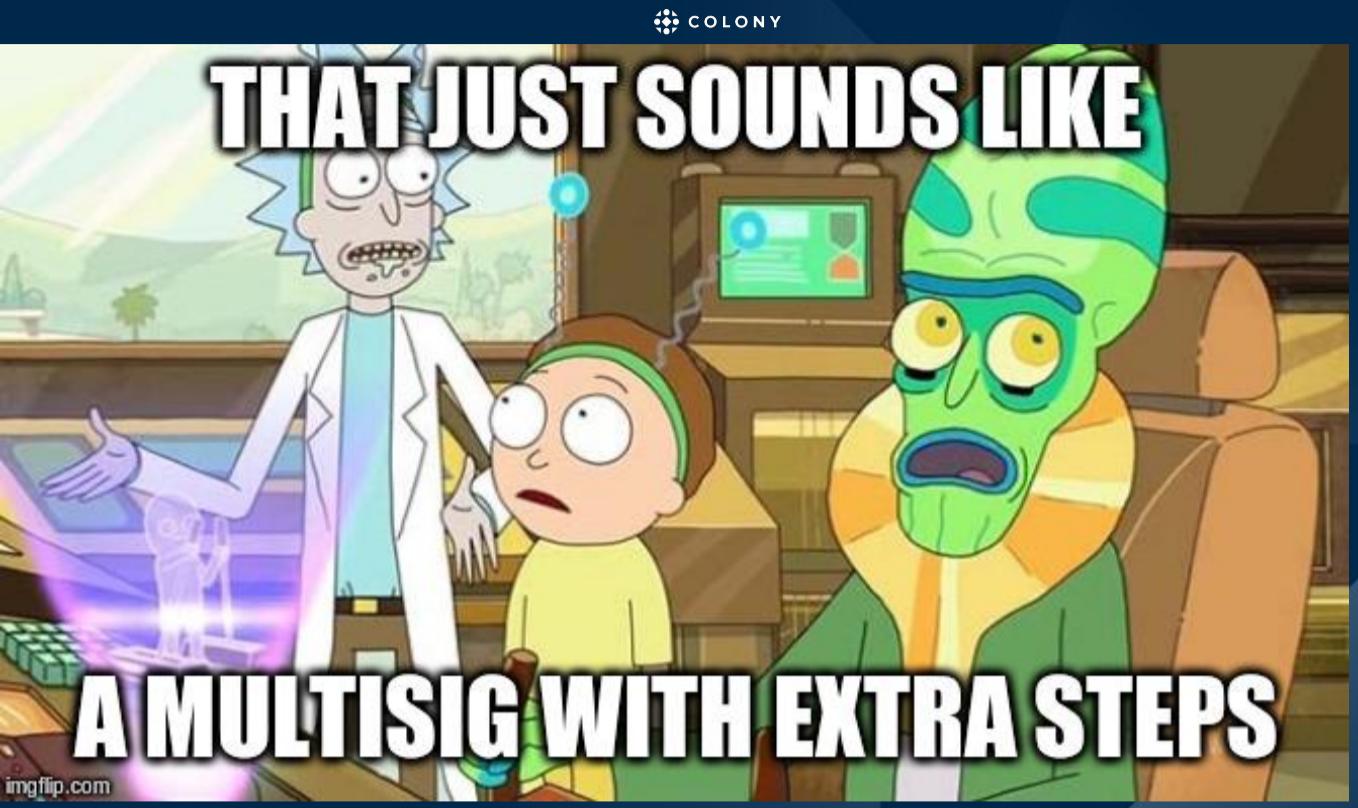 When you put together different people from different contexts, expertise, capabilities and knowledge working on the same goals in the same Organization (Meta or not) you need to ensure the governance structure consider all these aspects so you can optimize the effectiveness of the outcome of a decision as well as its efficiency, which only can be achieved by lowering its bureaucracy while keeping it flexible, and of course, distributing the decision making power to the right people for the right topic.

Colony’s answer to this problem is based on given autonomy to self-organized groups or domains, structurally hierarchical among each other, that share goals, capabilities, accountabilities and budget which are mainly mediated by a reputation system.

How does Colony approach Distributed Coordination?

Well, this is the interesting part, please note that I’m not calling it decentralized governance, as this is a term we are getting used to refer to a smart-contract centric governance approach to collectively decide over tokenomics policies (basically minting and burning rules) and the allocation of common resources pools.

Colony takes especially care on governing task divisions and allocations, which is actually it’s the main differentiator from other DAO paradigms as it provides methods and features to collectively decide what are the right actions to be done and who should be responsible in doing it, instead of binary decision mechanism to approve an action by accepting or denying a governance proposal asking for tokens.

I have to admit that I’m a Colony noob (still a strong believer), and the following is my noob understanding that I’d like to share with other noob readers. The following is my compilation of concepts gathered from the Colony WhitePaper and this presentation.

Fundamental elements of a Colony

Our journey into the Colony should start in Let’s start by defining Tasks and understanding them. You can see it just like a little piece of work. A contract defined among Manager’s, Evaluator’s and Worker’s accounts which determines clauses that contain diverse data such as the task title, the description of the work to be done, the due date and the bounty to offer. 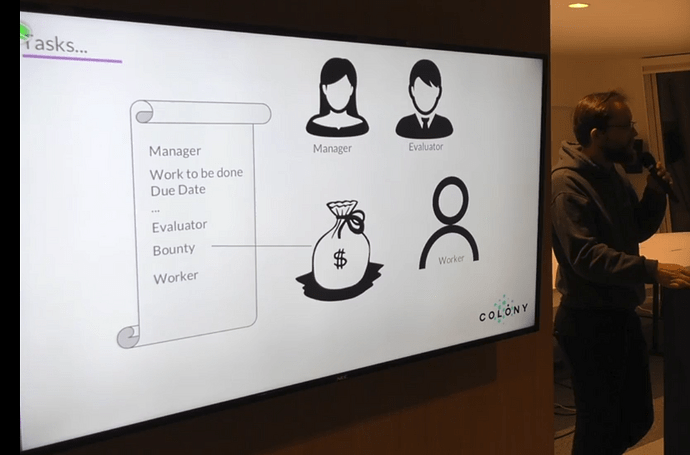 So this the regular task workflow in Colony, should look as follow:

Reputation is a social metric attribute (non-transferable tokens) that captures the value of that user’s contributions to the colony over time, its utility is on weighting a user’s influence in decisions, depending of course on the expertise they have demonstrated, and on determining amounts owed to a colony’s. Reputation also enables the right to do things like create tasks, apply for funding or vote.

Colony’s aim is that the reputation system will enable an emergent and dynamic decision-making hierarchy in which all of the right people are in the right places.

Structure in a Colony

Hierarchy structured into Domains allows to break up large projects into different departments, which would be divided into working groups defined by their capabilities and/or their accountabilities.

Domains are then to be divided into sub-domains and these into other sub-domains and so on. These can have their own budget which is algorithmically distributed according to the collective preference of the Colony. Colony’s design paradigm highly recommends keeping decisions as local as possible to keep bureaucracy minimal while it maximizes short-ranged socially trusted meritocracy. This way it is avoided that every particular person could have an opinion (or decision-making power) on every particular question of the organization.

Governance of a Colony

Understanding governance as the means to avoid and resolve conflicts over common resources and rules; and willing to reduce the bureaucracy costs to the minimum you realize that voting should be the last resource to use, as it’s cognitively inefficient for any human being.

This is actually the uniqueness of Colony, the aggregation of diverse individuals’ capabilities, reputations and stakes over the deserved distribution of an organization.

Imagine you have a kickass team working on the right product and you guys have the right but scarce budget to move forward. Let’s assume for a second that the team never disagree with each other, and even more, they are very successful in what they do. Would they say they needed any kind of governance tool? Well, maybe just project and task management tools, but not governance tools, why? because that’s wonderland and well… in real life people Do disagree… That’s in human nature, so we’ve been building hierarchies and other asymmetric power relationships for avoiding killing each other, which as a matter of fact can be considered as a common governance practice in Human History.

Colony is designed to be permissive, which means empowering individuals to be autonomous enough in their day to day operations, from task creation to the allocation of funds for rewarding their completion.

A Colony is so designed to run smoothly with zero/low bureaucracy till a member things something is amiss so they can then make a motion.

The Motions System provides a self-regulating mechanism that, via a balanced set of incentives, lets users keep their colony running harmoniously. It is there to resolve disagreements and to punish bad behavior and fraud. The motions system allows colony members to signal disapproval of and potentially force a vote against users who have acted inappropriately.

The user that makes a Motion must then stake some of its colony internal tokens (e.g. the MetaGame Colony SEED token) stating and reasoning clearly what is the action that should be revoked.

In the spirit of avoiding unnecessary voting, the motion will pass automatically unless someone else stakes on the ‘keep’ side and thereby elevates the motion to a dispute.

The dispute is the ultimate decision-making event which gets triggered when a motion ‘keep’ and ‘change’ options get both enough support from relevant and reputated member in form of stake, and within the defined time. It is a domain and reputation based voting that gets triggered with an commit-and-reveal-scheme which keeps votes secret during the voting period so users are prevented from being influenced by the partial not yet deterministic results of the vote.

Then depending on how much reputation participated in the voting and how close the ultimate voting was, losing stakers will receive back from 0 to 90% of their tokens.

We are just starting to define and project our MetaGame universe, in terms of Domains it would be something like this: 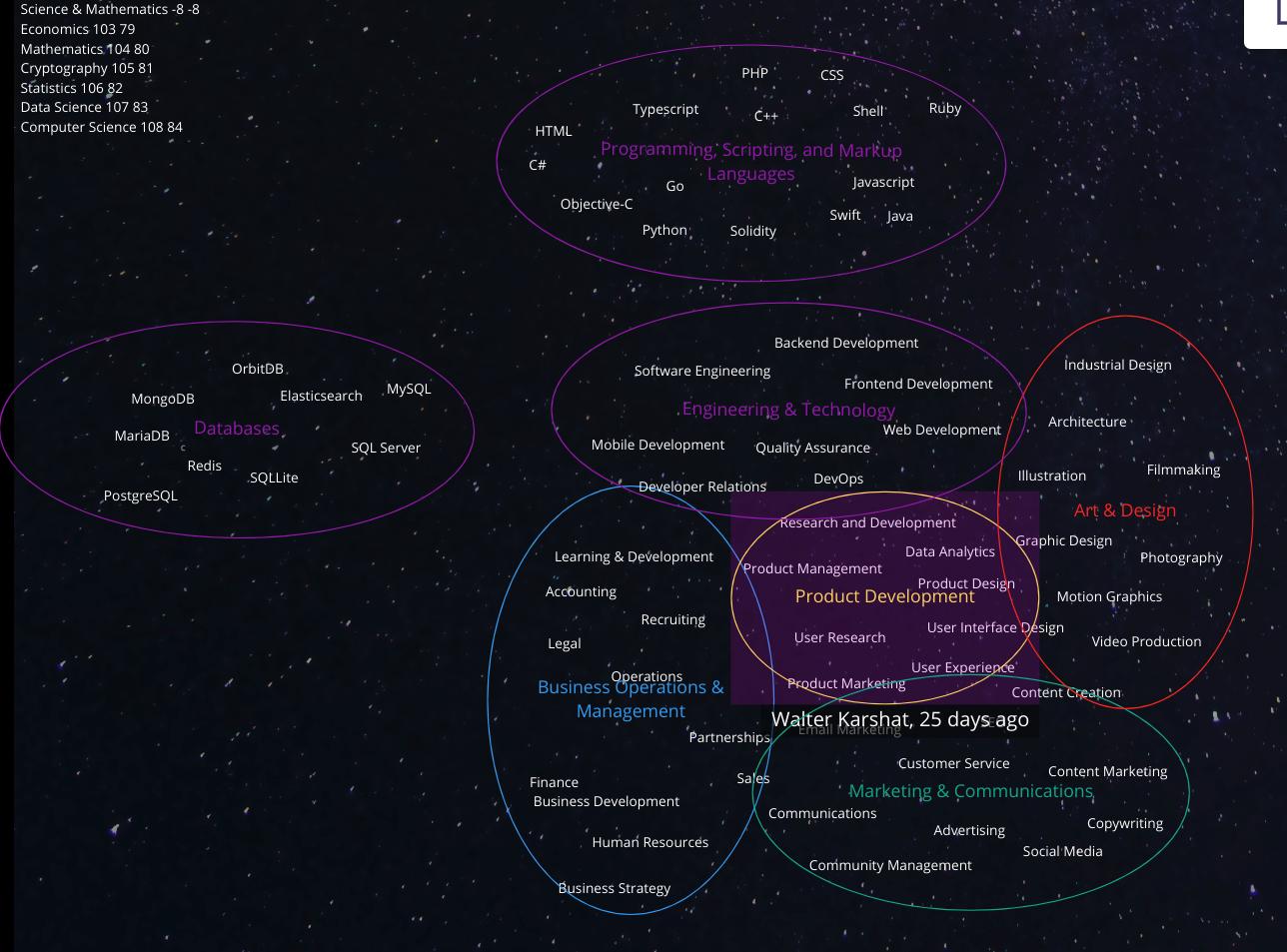 Maybe we are lacking other domains that are transversal to all this, like it could be Shilling, Fund Raising, Operations Alignment, Strategic & MindFullness Governance and others.

If we want to maximize the possibilities in taking the right decisions for the right things, it is needed to keep them as local a possible to their domains, but still avoiding centralization so we make sure we aggregate the right data and intentions so we prevent issues from centralized decision-making like information bias or agency problems.

When the organization will be high and complex, when we will have hundreds of day-to-day decisions to take, we need to optimize these decisions so the proper decentralize governance tools are needed, low-bureaucratic tools that assure the right people deciding on the right things.

We need to remember ourselves that governance is about preventing and resolving conflicts, that we are in an early stage of decentralized organization management, and that it’s ok to experience conflicts, we just need to figure out the way on solving them instead of avoiding them, this is the only way we can serve our duty in leading forward the expertise on how to run real decentralized organizations.

Indeed, the tools for this are not ready today! But Colony is the only DAO framework that tackles the human factor coordination problems into their design Paradigm instead of just finding out a way of managing a common pool of digital resources.

I’m aware Colony is not a framework easy to understand, that we now have Aragon’s or Moloch’s DAOs that work well and serve their purposes. But if we really want to engage thousands of MetaGamers in a binding and bonding organizations, we really need to tackle the complexity that this means from the right angle, understanding the current capabilities of the tools (see the Beta Colony product description) and looking to influence on a Colony road-map that will not only be useful to us but to the future of coordination within humanity.

After sharing the post above, and reading the article about what happened with the first mock dispute of the Aragon Court. I shared on twitter some more thoughts I had about the Aragon vs. Colony solving dispute mechanism:

Is this a sign to re-think @AragonProject court Use Cases and address a common need? "The protocol wasn’t designed with situations like these in mind for the sake of censorship resistance in adversarial environments like public blockchains." Thread... https://t.co/tqbkvUWzFT