In reference to the Proposal #31: Realigning & Focusing MetaGame

As the proposal left some concerns & loose ends, thought I should write a followup to clear things up, dispel concerns, set the next steps & use as reference in future decisions.

Goals of the proposal

Seems the main concern was…

I wholeheartedly 100% agree with @luxumbra in that there is no MetaGame without the community & with @Bagholder_McFomo_III in that narrowing the focus by excluding all activities except those that we want to focus on would be detrimental to the community.

What I did wrong:

I failed to acknowledge the community-first ethos which MetaGame is based on. I thought it goes without saying that whatever we do choose to focus on, we are still a community first & foremost. 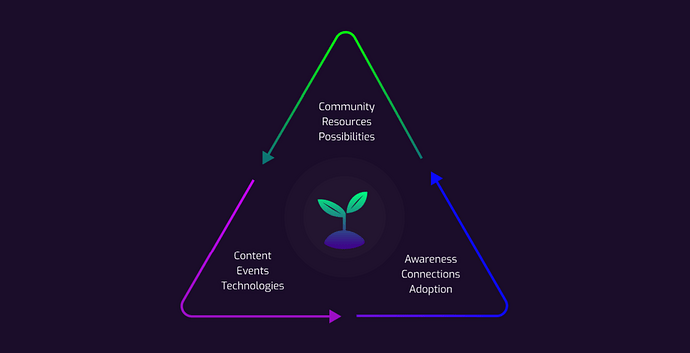 If we want to help people find their metagame (as in, the most optimal way to play life), then its not just about meaningful work & being productive but also making sure to do that in balance, to live well, not burn out etc.

The latter being the original goal of MetaGame, I think the former won because of MyMeta - our first real product finally being ready for adoption. Rightfully, people think we should focus on getting it adopted rather than doing ecosystem onboarding - for which we don’t yet have infrastructure ready until we build Quests & Web3 Onboarding Game.

Here’s what I think it comes down to…

In the short term:

What I think this means:

EVM is the Ethereum Virtual Machine. EVM Ecosystem implies Ethereum, all the EVM chains like Polygon & xDAI/Gnosis & L2s like Arbitrum & Optimism.
Initially we started with just Ethereum itself but as gas prices rose & ecosystem expanded…

Why no other chains?

I know a lot of people will instantly think “but why? there are so many cool projects on other chains

Understanding the Persona and doing everything for it SHOULD BE our fact of consideration when rewarding things in did a thing as well as in our Season’s 5 actions.

From my side:
-Cross-DAO HH event.
-ESO Web Three Gate guild (fun and social)
-Bridgebuilding more web 3 tools to MetaOS like MeetwithWallet, DeWork, Huddle01, etc and making use of network effects for MyMeta adoption.
-Onboarding paths IRL.
On this last one, I am already working in a monthly event for post-capitalist/crypto-commoning/solarpunk transition. This event will be hosted in a FabLab with 3D printers, computers, CNC, etc.
If we can think of ways to host workshops about Writing, Marketing, Building (like the pair-programming sessions) would be awesome. An idea could come from: https://academy.hype.partners/?utm_source=Twitter&utm_medium=cpc&twclid=11485627116905504770 where you pay a deposit to learn and when you finish the course you get a 100% refund. Getting the refund in our terms would mean having these people fully onboarded in MG or any other MetaAlliance DAO.

Still think we need to align on MetaFest and HH event as an aspect of it to minimize confusion and double bridge building.

I want to come to this 3D printer etc event. Also can offer a space here possibly to host one of them in Tulum.

So everything and nothing changed. Got it. Haha

I made a diagram and detailed it in a new post/topic that I think might help. You can find it here:

The MetaGame Bident! Diagram for Understanding MetaGame, it's Foucs, and Slaying Moloch General

There’s been a lot of discussion recently around focus, what MetaGame is, how it’s structured, and how individual contributions fit in. Even our recent decision to focus on two things; onboarding and MyMeta, seemed to confuse more than align. To aid in understanding I created the MetaGame Bident: [MetaGameBident] The Bident is a two pronged spear from Greek mythology, so I found it a fitting analogy to our two pronged approach to slaying Moloch this season. As you can see from the diagram, th…

Although maybe I should have just posted it here? It just felt like a new topic. In any event, let me know if this is helpful and helps bring clarity.