The main purpose of the Seed token has been bootstrapping MetaGame.
It was an experiment in building without raising money first & the idea was that Seeds can only be created through labor. 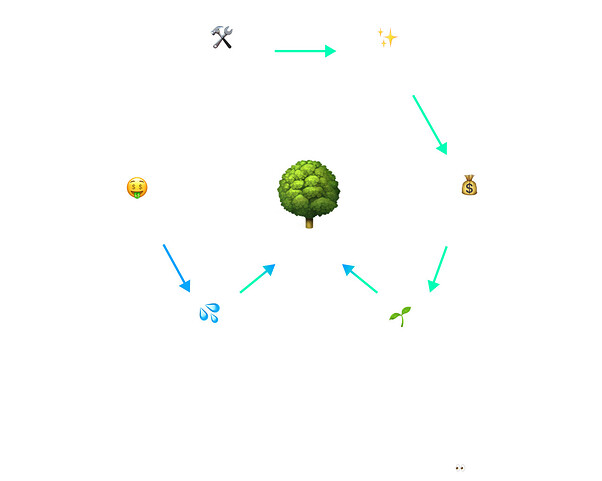 Where we are at now

We are 3/4 of the way through the “Seed phase”, wanting to finalize the “Phase II” tokenomics so we can move on with small-scale fundraising for the next 6-8 months.

Our newsletter & podcast are at a point where they can become self-sustainable through sponsorships, the platform itself reached 1.0 status with all the basic functionality live.

To recap: Players generate & earn Seeds, then sell or “plant” them. Patrons see the value, then buy or “water” Seeds.

This keeps MetaGame going until Phase II, when Seeds grow into Trees & there is a proper fundraise to propel explosive growth.

In Phase II, the main source of funding will be the funding raised but MetaGame will also start generating revenue which will be flowing back into the token. 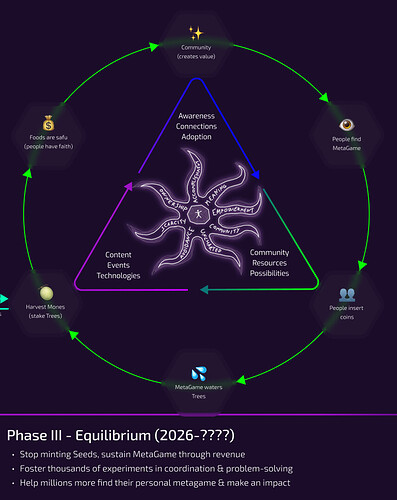 In terms of tokenomics, Phase III is all about finding equilibrium & growing naturally rather than through external injections of capital.
Sources of funding & value retention are all of the above except “fundraise”.

The idea is that Trees would be NFTs that are generating a passive yield of Mone, which would be a liquid ERC20 token to be used as a currency inside MetaGame, to pay for features, membership etc.

Stats & rarity attributes of the Tree tokens & the amounts of Mone they generate would be somewhat random but greatly influenced by the length of time a person has been “watering Seeds” as well as the total amount of Seeds watered.